Rui Walter da Cunha got his start in winemaking the old-school way; cleaning tanks and mopping the floor of his grandfather’s Port house when he was 16. But it wasn’t an obvious course for him to take, having first thought he wanted to become a physical education teacher, and then a biologist. But Rui didn’t immediately take to these courses of study, so his father astutely suggested he study oenology. While attending the University of Trás-as-Montes e Alto Douro, Rui met viticulturist Gonçalo Lopes, and their shared interest in terroir and sustainability led them, in 1996, to form the partnership that brings us Lacrau.

The Lacrau wines come from the Quinta da Faisca, Rui and Gonçalo’s 17.5 ha estate located in the central, Cima Corgo, zone of the Douro in the town of Favaios. Here in the Cima Corgo zone, there is the influence of both Atlantic and Mediterranean climates, allowing for more balanced ripening of the fruit. The Douro is a hilly region, comparable to Burgundy, and is the world’s largest island of schist. The vineyards here are terraced, as necessitated by the hilly landscape, so all the vineyard work and harvesting must be conducted by hand. The carving of the terraces in the vineyard also creates a schist powder that forms a water-retaining clay when it combines with the soil. This is crucial in a dry region such as the Douro. At an elevation of 600 meters, the terroir of Faisca is excellent for white varieties with an average daytime temperature of 35° celsius, and 20°, or cooler, at night.

But Rui believes that Lacrau’s uniqueness is less attributed to terroir and temperatures, and more to the many different orientations of the hilly parcels throughout the vineyard. The Douro is similar to Burgundy in this way as well, with a multitude of unique, small parcels that create complex, balanced wines. In addition to the fruit he farms at Faisca, Rui works with 15 other local growers, each with less than 1 ha of their own vines, to source red grapes for the Lacrau Reserva. All the vineyard work is conducted without the use of chemical treatments, which is easier to do in the Douro as the conditions are so dry. 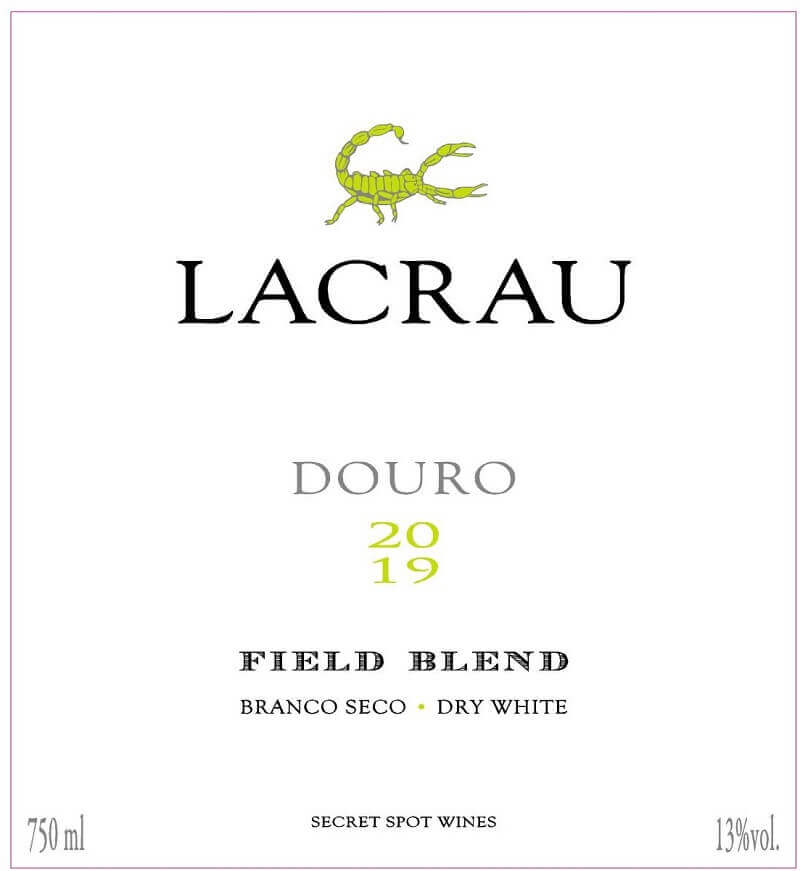 2019; This is a field blend of gouveio, rabigato, verdelho, viosinho, and moscatel galego branco. The exact percentages change each vintage based on yields in the vineyard. In 2019 the manual harvest was conducted on 9/8-9, followed by co-fermentation in stainless steel for 22 days. The wine was then aged in tank, on lees, for 4.5 months with battonage for the first two weeks only. 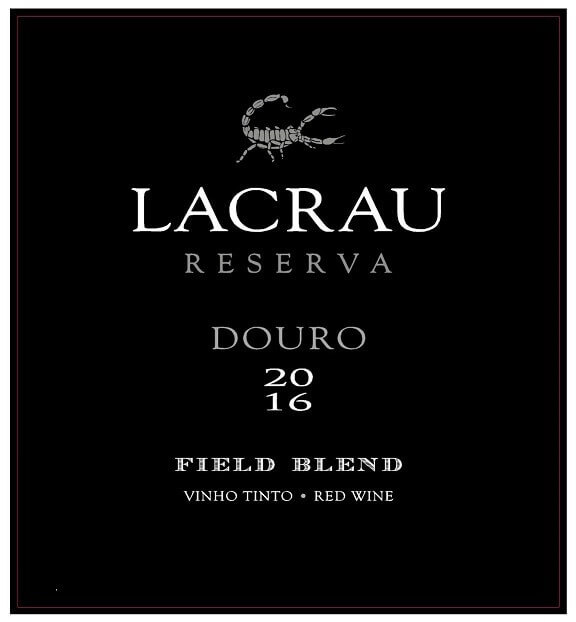 2016; This is a field blend of touriga franca, tinta roriz, tinta barroca, and touriga nacional. The exact percentages change each vintage based on yields in the vineyard, and the fruit is all co-fermented. Fermentation with natural yeasts occurs half in stainless steel and half in traditional concrete lagar. In the lagar, maceration during fermentation for 8-10 days, then sent to press. The fruit in stainless steel macerates 1-3 weeks after fermentation. The vats are then combined and aged in used oak for 14 months.