Nicolas Haeni’s Domaine Malmont; “The Art of the Smallest Mistake”

Walking the steep, terraced slopes of Nicolas Haeni’s magnificent Malmont vineyard put me in mind of Werner  Herzog’s film “Fitzcarraldo” in which the protagonist, played by Claus Kinski, moves a steam ship over a mountain as part of his plan to build an opera house in the Amazon jungle. It’s an act that is simultaneously crazy, brilliantly engineered and done out of pure passion. While Nicolas isn’t the madman that Kinski’s character is in the film, the brilliance and sheer will that it took to create Malmont make him a heroic vigneron.

Malmont began as an isolated, 11 ha hillside plot, which belonged to Nicolas’ family, situated at 300 meters elevation with ideal exposition to the sun. With the exception of some old vines of roussanne and syrah planted on the lower slope, the site was uncultivated. Where most would see a wild hillside, too steep for growing wine, Nicolas’ vision was of a Grand Cru vineyard in Séguret. Through a collaboration with Mas Martinet in Priorat, Nicolas began terracing the site in 2005 in accordance with the Life Priorat project, which is dedicated to sustainable farming in mountainous regions. The terraces were ingeniously shaped with a 3% incline back toward the mountainside, and downward on the sides. This way as rainfall drains down the vineyard precious topsoil isn’t eroded away. This terracing also provides more surface are for vines, resulting in denser planting, greater competition, and more concentrated juice.

Nicolas’ work in the vineyards is incredibly meticulous, and done completely by hand (you couldn’t get a machine up onto these terraces even if you wanted to). The soil, which is comprised of fine sand and clay, provides little nutrition for the vines so he composts the rows and uses biodynamic mixtures to spray on the vines. Wild plants and flowers are grown among the rows to provide bio-diversity, and weeds are plowed under the soil for natural compost. As we walked the sun-baked vineyards Nicolas shared his ultimate philosophy about growing wine; he called it “the art of the smallest mistake.” In others words you must work incredibly hard at trying to think through every detail to make your vineyard as healthy and resilient as possible. “You are going to make mistakes,” Nicholas said, “but you can minimize the damage by preparing for
them.”

The depth, complexity, and balance of the Malmont wines are a testament to Nicolas’ intelligence and hard work, and also a pure expression of this amazing terroir. They are quite like strains of a Mozart opera emanating from the top of a mountain. 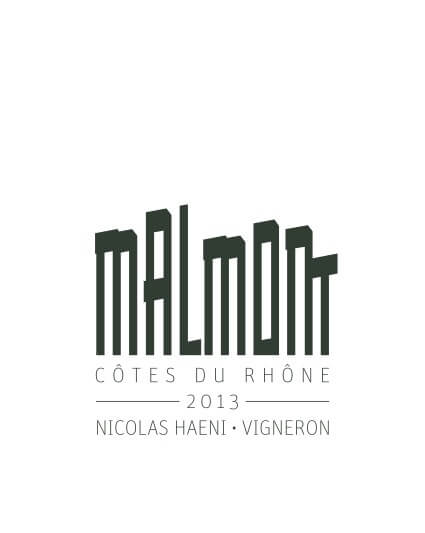 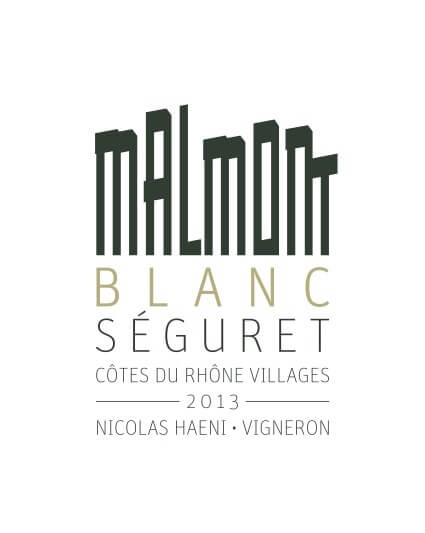 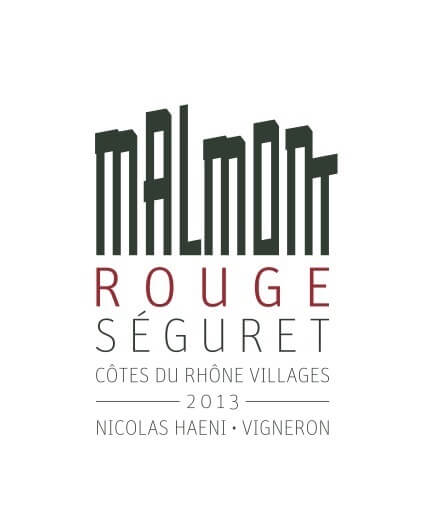 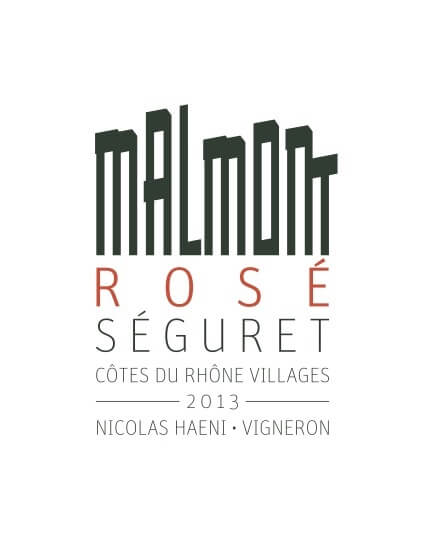 65% grenache and 35% syrah from 11 year old vines in clay and limestone soils. 300-360 meters elevation. Destemmed and hand-sorted. Natural yeast fermentation. A few hours of skin contact before pressing. On fine lees for 4 months in stainless steel. Usually no malolactic. Wine is filtered but not fined.