Vignerons Vincent and Stephanie Boyer have deep ties to the land and vines around the village of Suze la Rousse. Vincent’s maternal grandfather farmed for the final Marquise of the Suze la Rousse chateau–which looms majestically over Vincent’s cellar–and also made wine from his own vines in the village. These vines have stayed in the family for generations, with Vincent’s father inheriting them in 1995. Now Vincent and Stephanie are working them, converting the parcels to certified organic farming in 2012. Their holdings in Suze la Rousse are tended separately from the rest of the Boyer’s estate, Domaine de la Bastide, and are much smaller in scale at just 24 ha.

In French, a ‘Verdière” is a forest that is under the protective care of a ranger, also called a Verdière. Considering the long history of their family serving as caretakers of the land in Suze la Rousse, ‘La Petite Verdière’ is the perfect name for the wines they are making here. The red wines from La Petite Verdière are a blend of grenache, syrah, mourvedre, and carignan. The soils in Suze la Rousse are arid and pour, with a lot of small stones, perfect for the cultivation of carignan, so the Côtes du Rhône contains 30%, providing added structure while maintaining roundness on the palette. The rose is a blend of only grenache, and cinsault, which gives it more of a classic salmon color than it’s sister wine, the ‘Figue” rosé from Domaine de la Bastide. 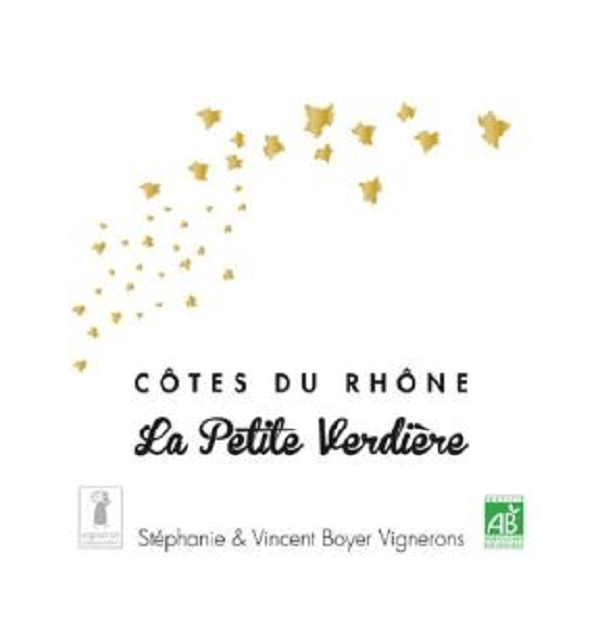 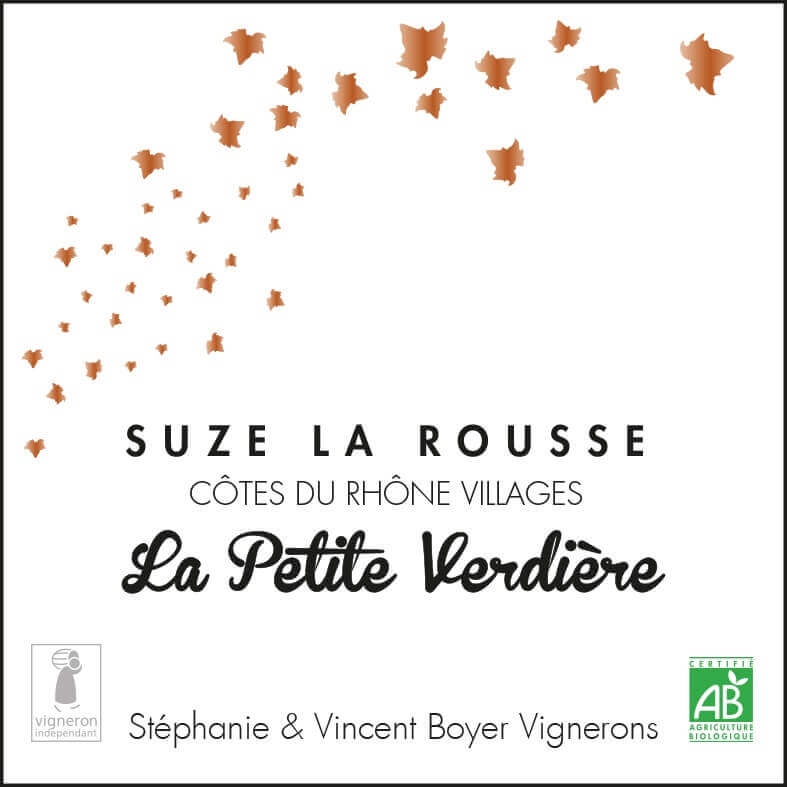