A Link to Winemaking History

The Domaine Reine Juliette sits along the southern side of the modern A9, which historically was the Via Domitia which connected Italy to Spain. The road played an important part in expanding viticulture in the Languedoc, and putting Picpoul de Pinet wines on the map. The Via Domitia was also known as via Reine Juliette after a queen of the same name who once travelled along it. Since the estate borders the road, it was named after this queen. This relationship to the region’s deep history is appropriate as Guillaume Alliès is one of the guiding forces moving Picpoul into future; a future of higher quality, lower yields and more conscientious vineyard work.

Guillaume and his sister Marion inherited the estate from his parents in 1985, and they are now joined by his son Guillaume in working the land. Together they are the 6th and 7th generations of Alliès making wine at Reine Juliette. Although the estate is sizable (100 ha of total plantation), the Picpoul is only planted to 20 ha of red clay soils. And the Alliès are keeping their yield for the Picpoul at 55hl/ha, a nice low yield relative to the 60 hl/ha allowed by regulations. All the fruit is destemmed before being gently pressed pneumatically, and fermented and aged at precisely controlled temperatures to preserve absolute freshness.

But perhaps the most distinctive thing about the wines of Reine Juliette is that they are 100% estate grown and bottled. Most Picpouls hitting the U.S shores these days come from a single “tank farm” co-op that custom labels different cuvées for a multitude of importers. It reminds one of a classic Simpsons sight-gag; at a tour of the Duff brewery you see a single giant tank with two spigots – one marked “Duff” the other “Duff Lite.” You get the point. But The Picpoul of Reine Juliette is a singular expression of place and red clay terroir, made with the same perfectionist detail of wines two or three times its price. 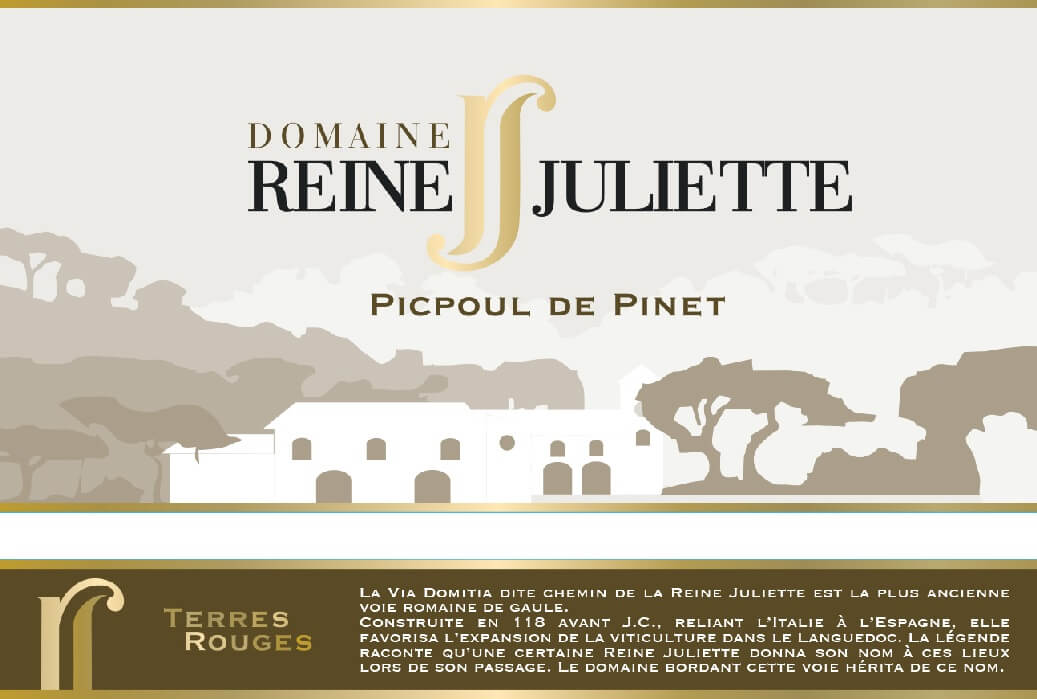 100% Picpoul blanc planted to red clay soils along edge of the Bassin de Thau. Fruit is 100% destemmed and sorted. Blend of free run and pneumatic press juice. Fermentation in stainless steel settled with cold. Short aging in bottle prior to release. 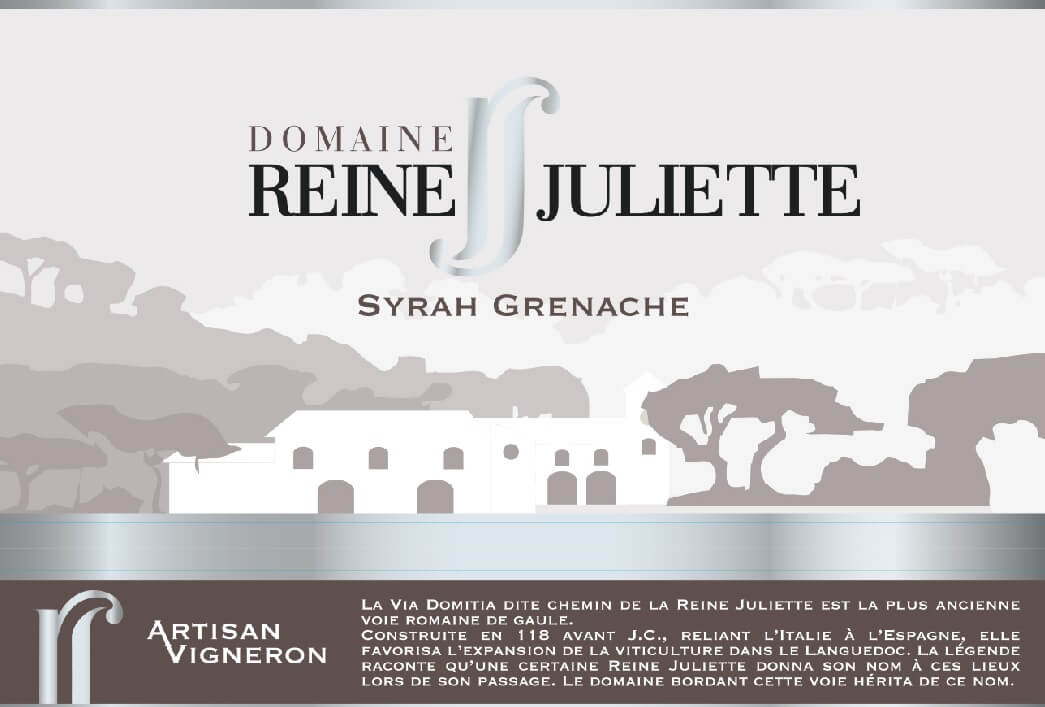