Zen and the Art of Bulles

Iconoclastic vigneron Franck Besson believes in creating the right atmosphere in the cellar. The first thing you notice as you walk in the door are the rows of traditional pupitre that Franck uses to hand riddle much of his sparkling wine production. But then you see the many quotes about wine and drinking written on pieces of paper hanging from every available surface. These are broken up by photos of Franck’s favorite French comedians, movie stars, and local characters. Passing into the atmospherically lit barrel room where Franck ages his reds and his sparkling wines rest sur latte, you notice a detail absent from any other cave; dozens of Japanese lanterns hanging from the ceiling. Franck says the cellar must be a calm, “zen” atmosphere for the health of the wine, and he practices Tai-Chi in his spare time.

Franck is one of the most unique winemakers in the Beaujolais. After he began working 4 ha of high elevation gamay vines near Jullié, which he inherited from his father-in-law, he recognized the quality of the terroir despite the fact that it was outside of the Cru designation. Franck’s stroke of brilliances was the idea of making methode Champenoise blanc de noir from this amazing gamay fruit. There isn’t another wine maker we know of in the world doing that! All of his vines are farmed organically and the fruit is entirely hand-harvested. In the cellar, the sparkling wines spend anywhere from 6 months to 3 years on lees before disgorgement. The Cru Julienas ‘Clos du Fief’ that Franck makes is aged for a year in 3-year-old barrels.

Despite Franck’s Zen demeanor, he is a boisterously fun guy with a definite air of mischief. As we were driving around Julienas touring his vines he had us stop in the village to visit the “old church.” Perhaps a chance to see the local seat of spirituality? Not at all! Though it is in the structure of the town’s old church, it turned out to be a hang-out for local characters who like to have a few glasses of Beaujolais in the early afternoon, shoot the breeze and photobomb our selfies. The walls here are covered in sarcastic cartoons about wine drinking and quite a bit of smutty humor inappropriate for the building’s former use. Like this old church, Franck’s wines perfectly represent the Beaujolais spirit; hard work and commitment, but also plenty of joy and enjoyment of the delicious things in life. 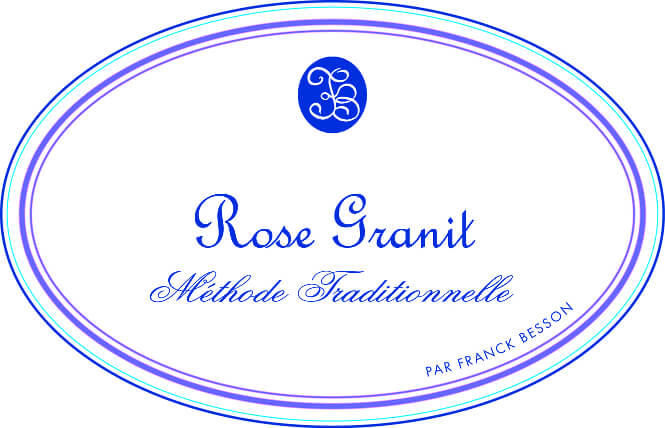 100% Gamay from vines over 40 years old with steep southern exposure in pink granite soils. 350 meters elevation. Hand harvested. Direct, whole cluster pressing of grapes, 6-12 hours skin contact with first fermentation in stainless steel tank for the ‘vin de base’. Traditional method vinification and aged 12 months on wooden “pupitre” at the estate. Riddling for 12 days. 10g/l dosage. Although not indicated this is a vintage wine. 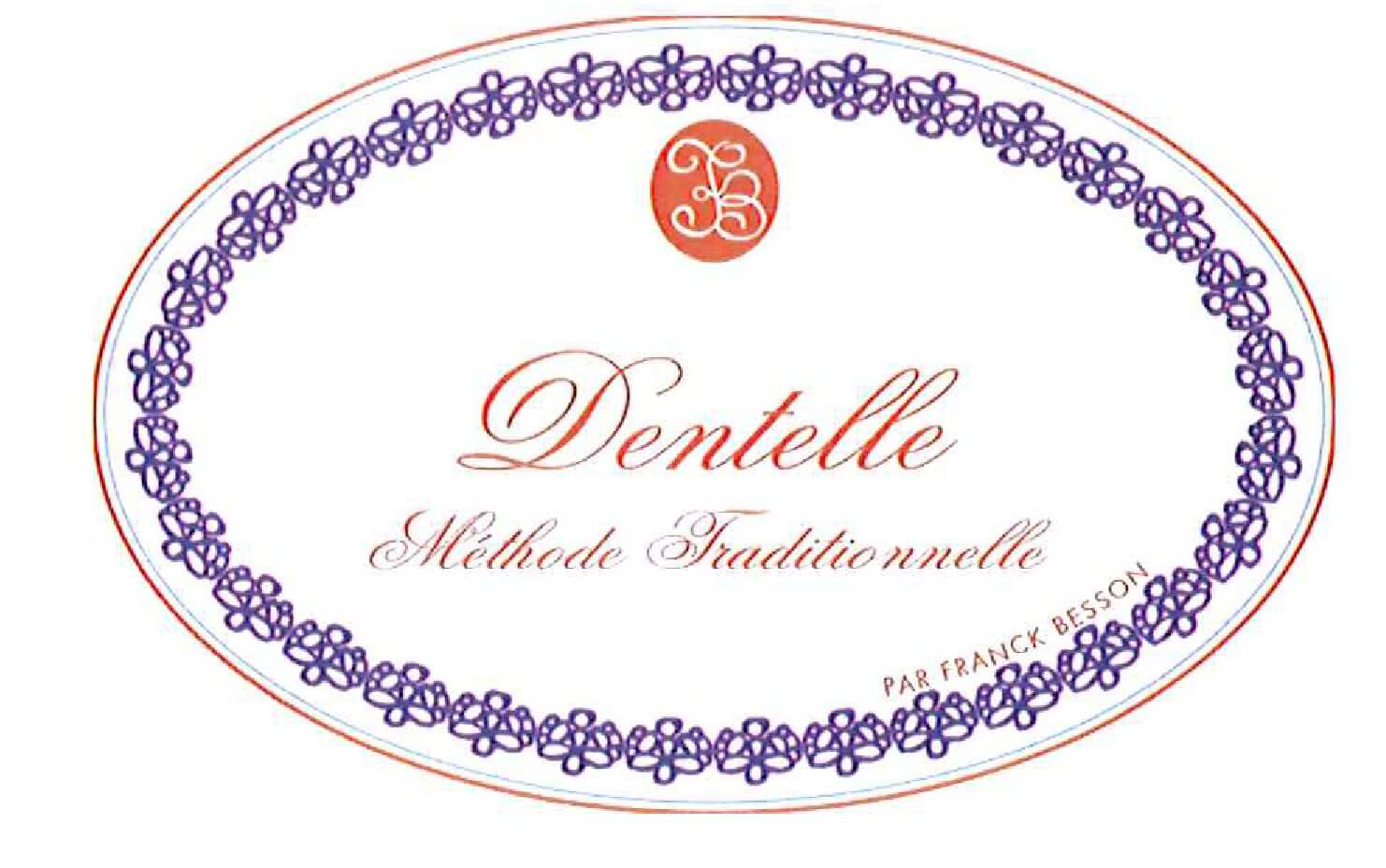 100% Gamay from vines over 40 years old. 350 meters elevation. Hand harvested. Whole cluster, direct press. 6 months on lees in tank and up to 18 months aging in bottle on “pupitre.” Riddling for 12 days. 10 g/l dosage. Although not indicated this is a vintage wine. 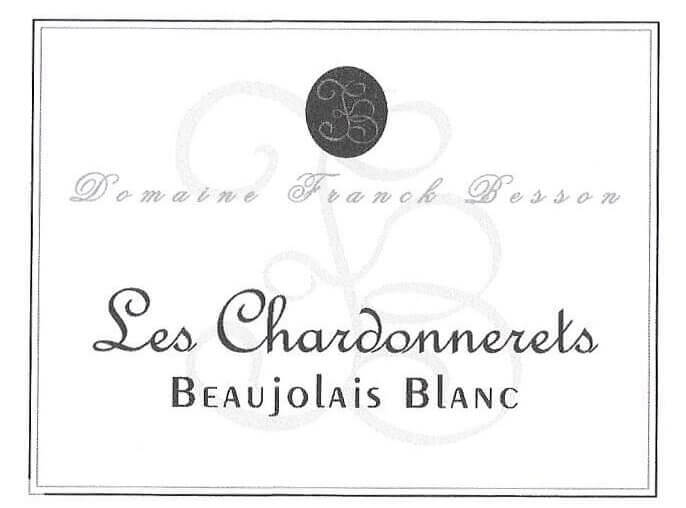 100% Chardonnay from 8 year old vines planted at 350 meters elevation. Hand harvested. The cuvée is named for a lieu dit near Julienas referring to a bird that eats the local “chardon” herb. 6 months aging on lees in stainless steel. 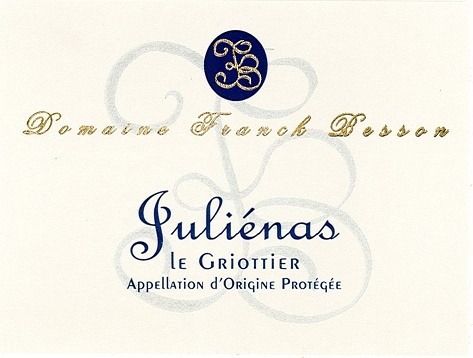 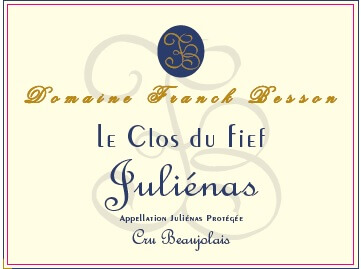 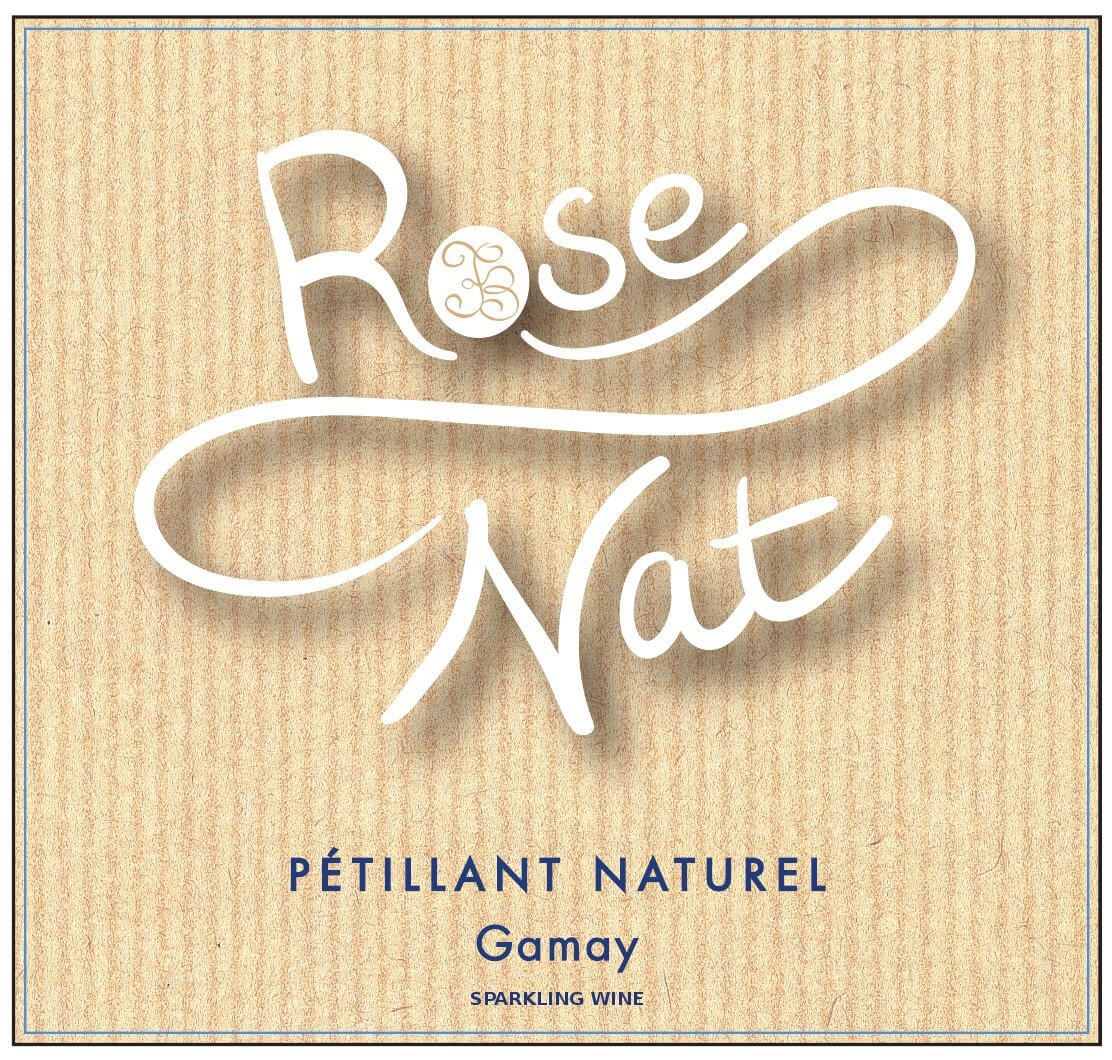