Clotilde Davenne dubbed her 1.9 hectare plot of 25 year old chardonnay vines in Petit Chablis “Les Temps Perdu.” This was both an homage to Proust’s massive novel, and a reference to what the locals told her about the land; that it was a waste of time to work. “Why bother with Petit Chablis,” they asked. But this plot was completely in kimmeridgien terroir, just like Chablis, it was only its exposition – western – that made it “petit.” Clotilde’s decision to go her own way and ignore the conventional wisdom is indicative of her manner of working in her vines and cellar. She is a truly independent vigneron.

Clotilde, who comes from a cattle farming family, began her wine career as chief oenologist for the well-known Chablis producer Jean-Marc Brocard. After working with Brocard for 16 years she eventually began assembling her own domain, one small parcel at a time, bottling her first vintage in 2005. Today her domain is comprised of vines in Chablis, Cote d’Auxerre, St. Bris – les Vignes, and Petit Chablis. Her vines in Chablis are as old as 50 years as are her pinot noir vines in Irancy. But perhaps Clotilde’s most prized parcel is 3.5 ha of nearly 100 year old sauvignon blanc vines in St. Bris. She makes a mere 200 cases a year of this complex, intensely concentrated wine.

Along with the wonderful range of wines Clotilde bottles from her estate holdings, she has access to fruit from prémier and grand cru vineyards in Chablis grown by vigneron who work to her exacting specification. In her own vines Clotilde is working naturally as possible, without the use of chemicals, and almost all of her production is harvested by hand. In the cellar all the wines undergo malolactic fermentation, a conscious decision by Clotilde, as she feels it brings greater complexity to the wines.”

Never listening to the doubters, Clotilde has taken a plot of “waste of time” vines and developed it into the rewarding project of a lifetime. 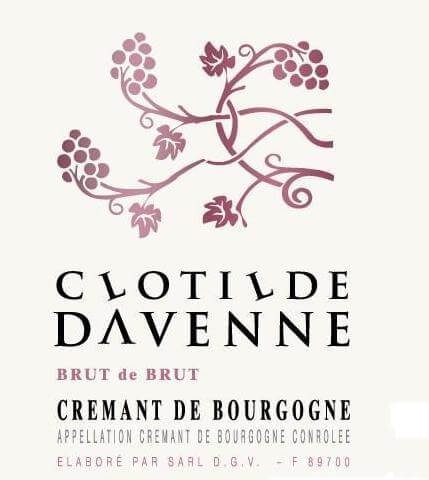 100% Pinot Noir planted to Kimméridgien soil in Saint-Bris-le-Vineux in the lieu dit ‘Les Rosier.’ Hand-harvested, 50-100% destemmed depending on the vintage. Saignée after 24-48 hours maceration. Fermentation and malolactic fermentation with natural yeasts at controlled temperatures in stainless steel. Wine is disgorged after 18 months sur lattes, with zero dosage. 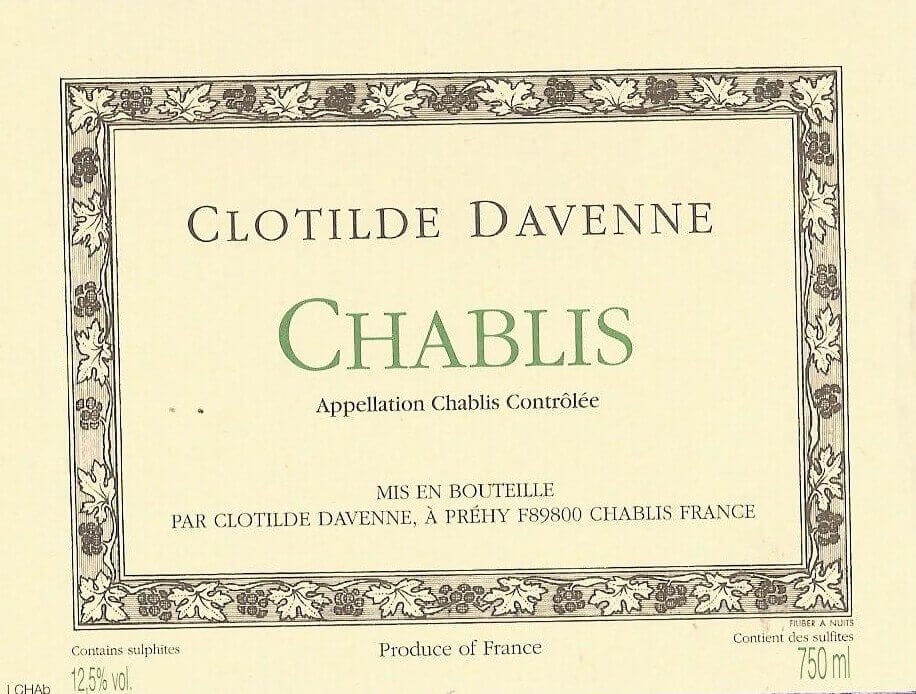 2021; 100% Chardonnay from 40 year old vines from the village of Courgis (Chablis AOC). Pure Kimmeridgian soils. Hand harvested and fermented in tank. 100% malolactic and rested on lees for 8-12 months, bottled after racking off the lees. 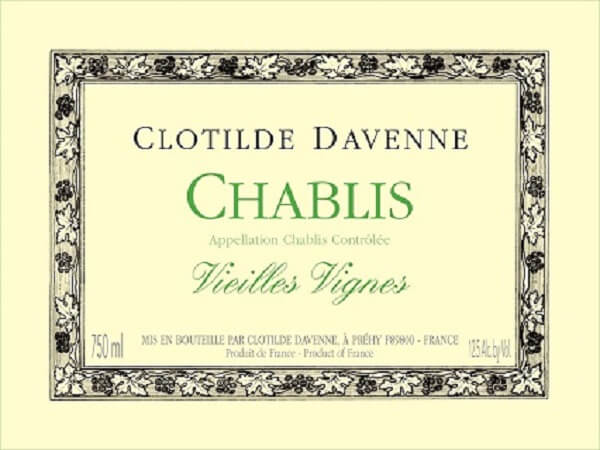 2021; 100% Estate Chardonnay from 50+ year old vines from the village of Courgis (Chablis AOC). Pure Kimmeridgian soils. Hand harvested and fermented in tank. 100% malolactic and rested on lees for 12 months, bottled after racking off the lees. 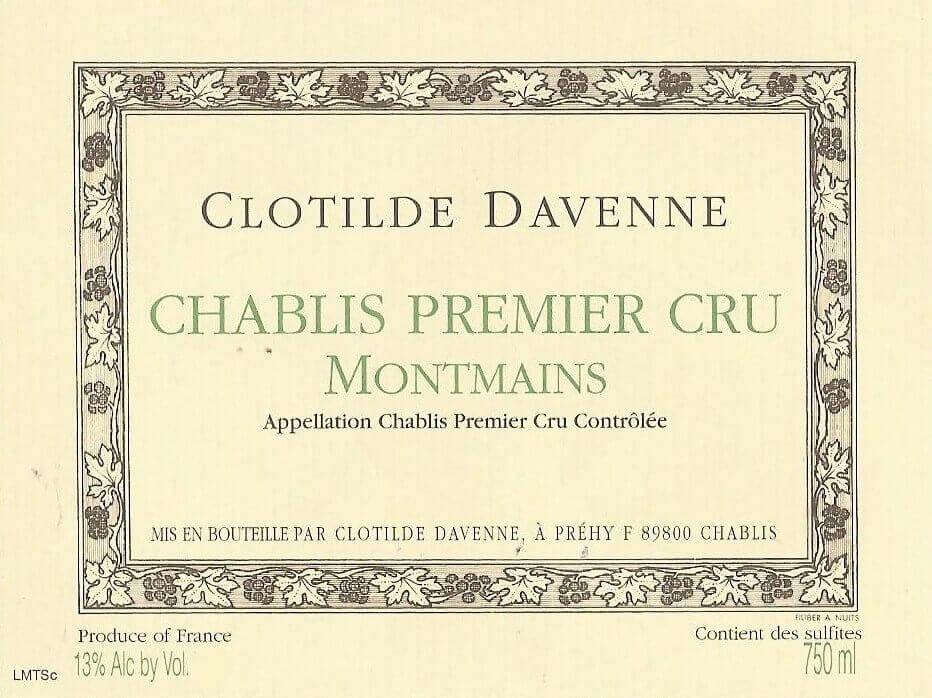 2020; 100% Chardonnay from 45 year old vines from the village of Courgis. Pure kimmeridgien limestone with fossilized oysters. Hand harvested and fermented in tank. 100% malolactic and rested on lees for 12-18 months, bottled after racking off the lees.
*Limited 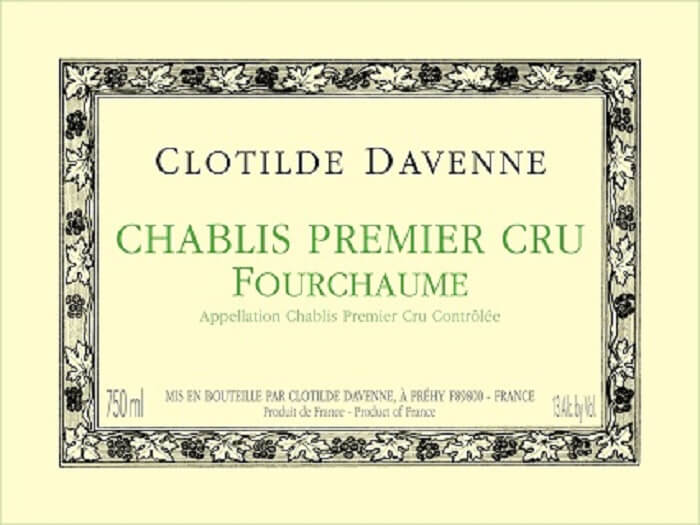 100% Chardonnay from 30 year old vines from the eastern banks of the Serein river. South/South-West exposure. Pure kimmeridgien limestone with fossilized oysters. Hand harvested and fermented in tank. 100% malolactic and rested on lees for 12-18 months, bottled after racking off the lees.
*Limited 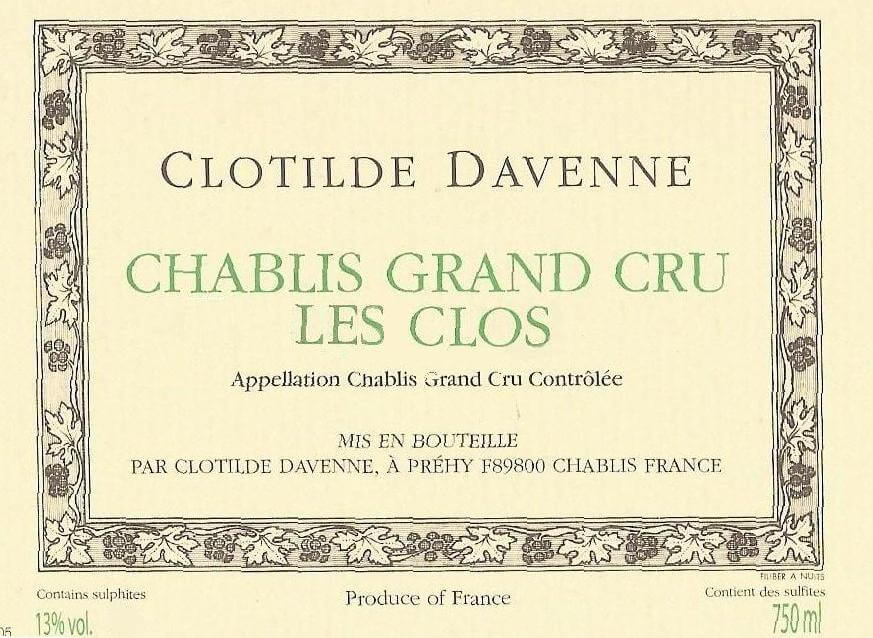 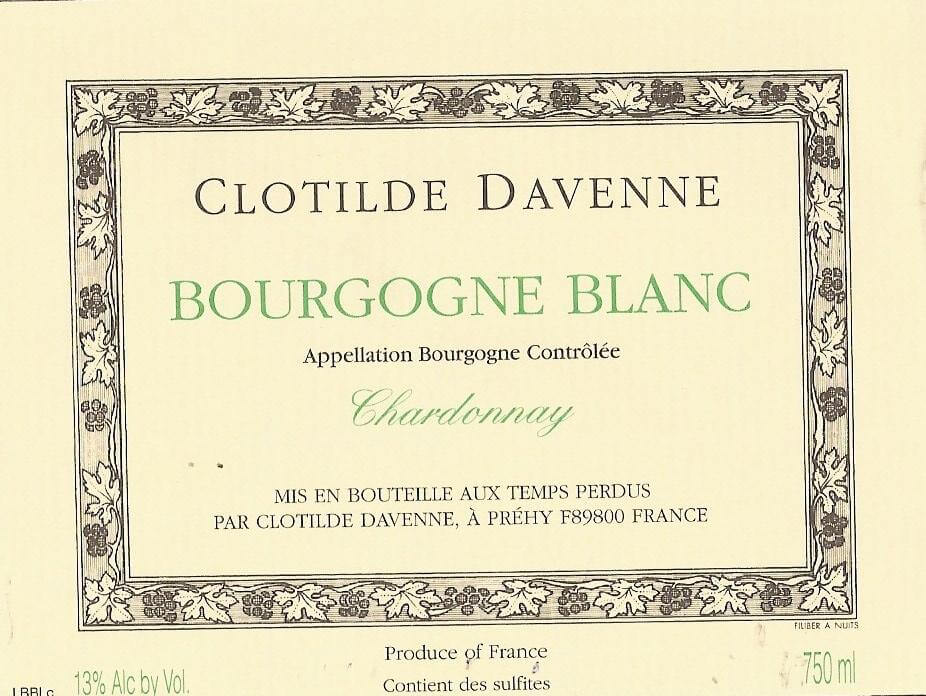 100% Chardonnay from vines planted in front of Davenne’s home and cellar in the village of Préhy. Hand-harvested, fermented with natural yeasts in stainless steel. 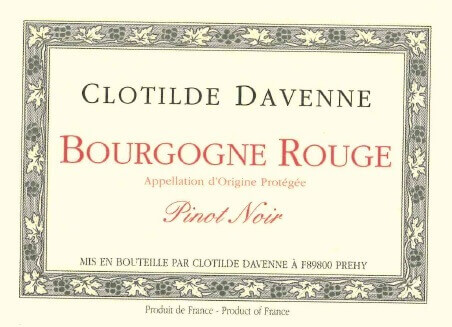 From 50 year old pinot noir vines planted with southern exposures in the lieu-dit ‘Les Rosiers’ in the Côtes d’Auxerre. Two day cold soak is followed by a four day maceration during fermentation in stainless steel, but no longer, to preserve the fruit and avoid over-extraction. 1/3 aged in used oak. 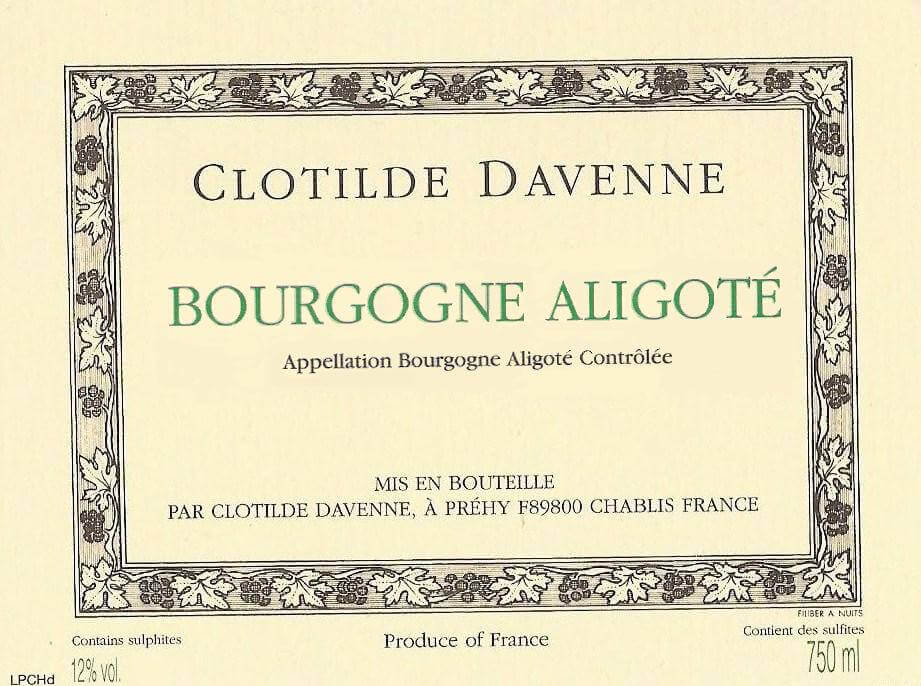 100% Aligoté from 10 year old vines in the village of Saint-Bris le Vineux in the Yonne valley. De-stemming and pneumatic pressing followed by natural yeast fermentation in temperature controlled stainless steel tanks. 8-12 months aging in tank, then filtered and bottled. 100% Aligoté planted in the 1940s in the Saint-Bris-le-Vineux vineyard in the Côtes d’Auxerre. Fermented in temperature controlled stainless steel. 12-18 months aging on fine lees in stainless before bottling. 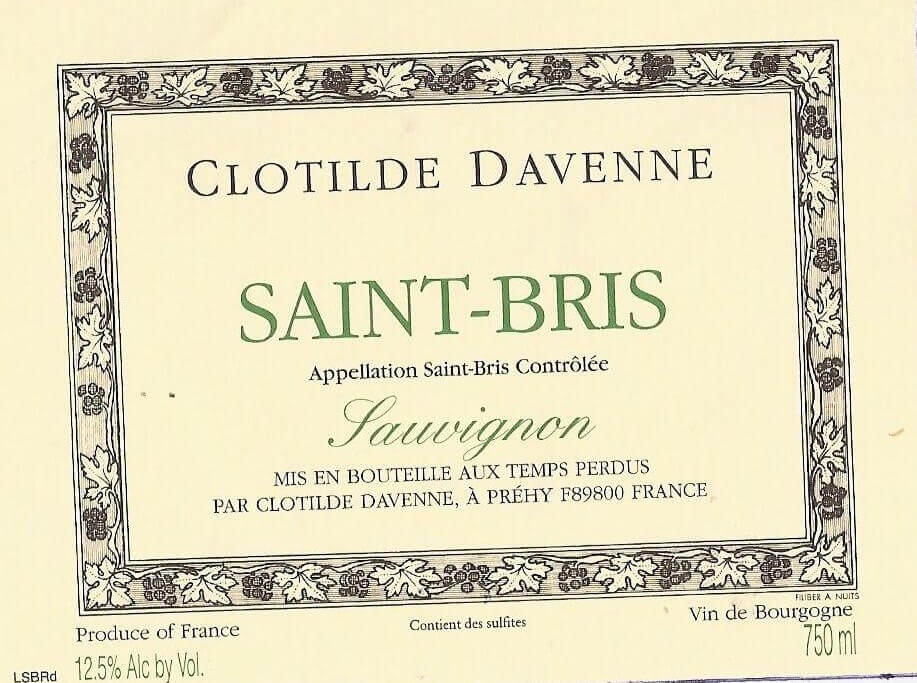 100% Sauvignon from a 4 ha parcel in the village of St Bris le Vineaux. 20+ year old vines with a northern exposure. Kimmeridgian and Portlandian soils. Fermented in tank, full malolactic. Rested on lees for 8-12 months, bottled after racking off the lees. 100% Sauvignon from a 3.5 ha parcel of 60-108 year old Sauvignon vines planted to kimmeridgian soils. Yield of only 12hl/ha. Fermented in tank, full malolactic.