A History Written in Chalk

The story of Champagne Jean Velut, like that of many great wines, is one of risk-taking and outside the box thinking. Montgueux, in the Aube, was a completely unknown satellite commune of Champagne where people grew grains and some grapes to make wine for personal consumption. But in the early 1970s, as the demand for Champagne began to grow, Jean Velut realized that he was, literally, standing on a new future for him and his family. Montgueux is a massive outcropping of chalk emerging dramatically from the flat fields of wheat surrounding the nearby city of Troyes, perfect for growing Chardonnay.

Jean’s original vines were on the plain, but he, along with a handful of maverick vignerons, began planting up the steep, chalky slopes with the most favorable expositions, and the most frost resistant micro-climates. Since then Jean’s son Denis and now grandson Benoit have continued to work this land and make exceptional Champagne. Benoit, is especially taking quality to new heights at the domain.

Since returning home to work with his father –after training at such diverse properties as Lafarge, Pibarnon, and Piper-Heidsieck- Benoit is beginning to move the vineyard work to fully organic practices, a very difficult task in the climatic conditions of Champagne. Denis and Benoit have just one full-time employee in the vines. Insecticides are not used, and the Veluts work hard plowing in between the rows and vines to avoid herbicides. In the cellar, Benoit is reducing dosage in order to shine a brighter spotlight on the wine’s incredible mineral core, and experimenting with long lees aging for some cuvées.

But tradition still reigns in the Velut cellar, and changes are being made gradually in respect for their family history. Many cuvées are still hand riddled, or riddled with the Velut’s ‘Pupi-Matic,’ a still-functioning riddling machine from the early 1970s. In a time where enthusiasts want more and more detail about the wines they are buying, the Veluts have a more old-school position. For example when asked about the vintage blend of their fantastic Blanc de Blancs ‘Lumier et Craie’, Benoit says, “we don’t really know, and don’t really care. It’s an old solera system. When we bottle we draw from the oldest tanks and refill with young wines. It’s the taste of the terroir that we are concerned with. Not careful record keeping!” Some may smirk at this answer, but once you taste what’s in the glass, you’ll forget the question entirely. 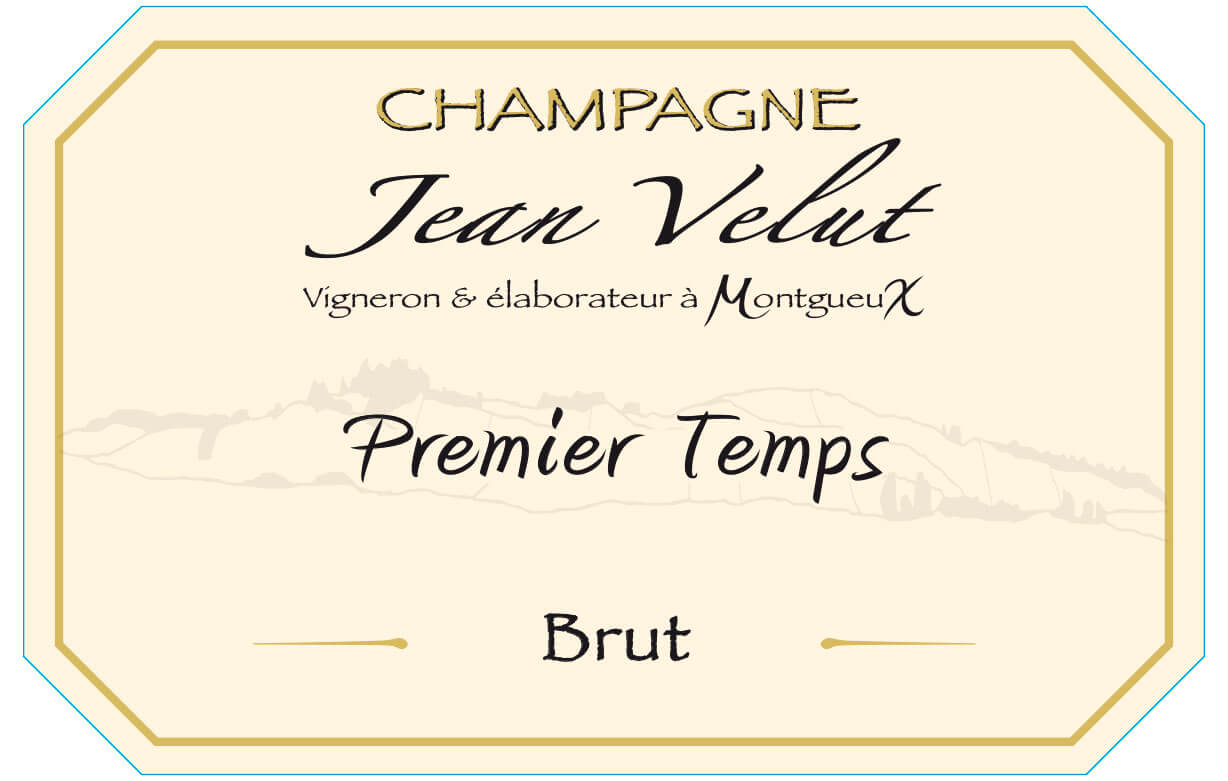 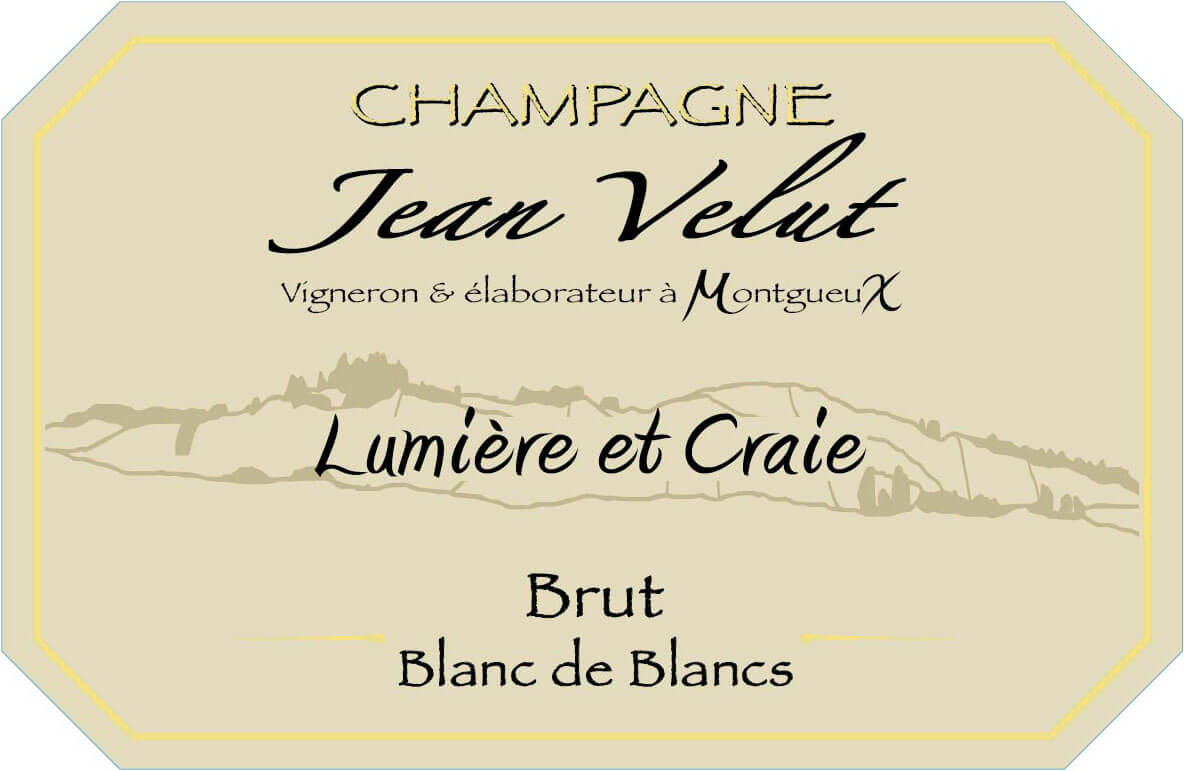 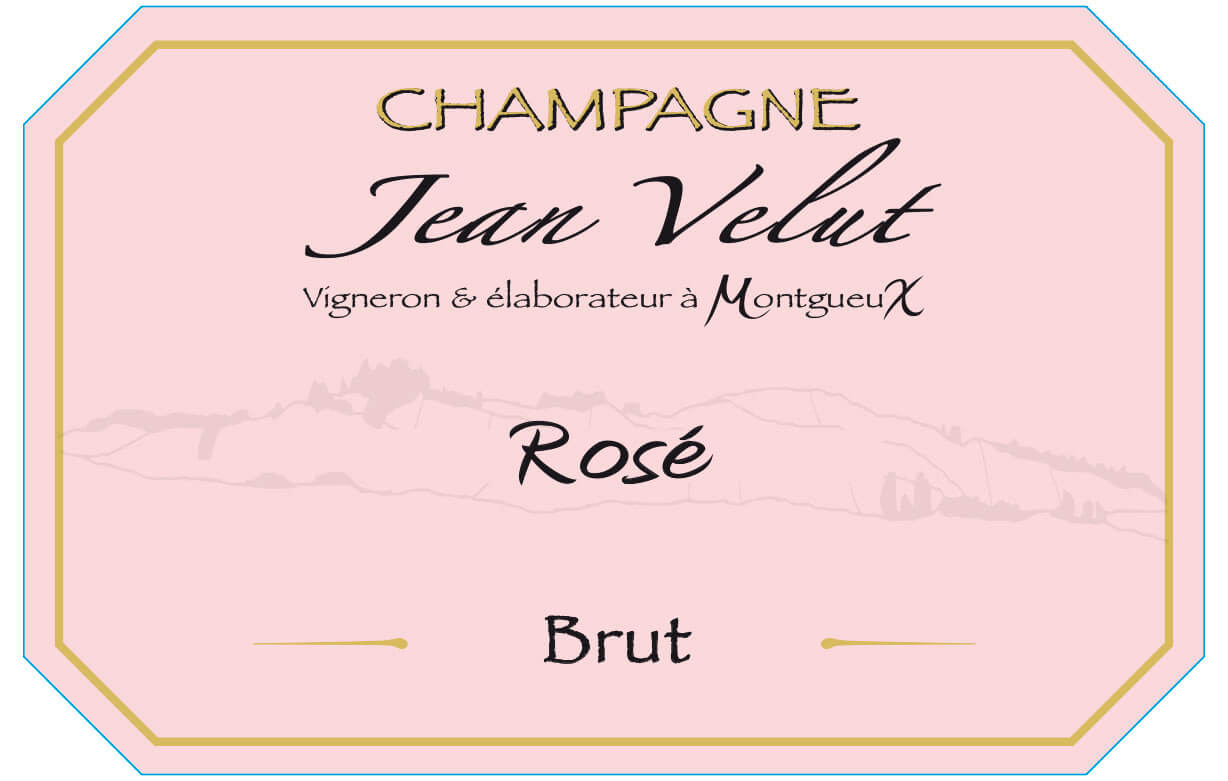 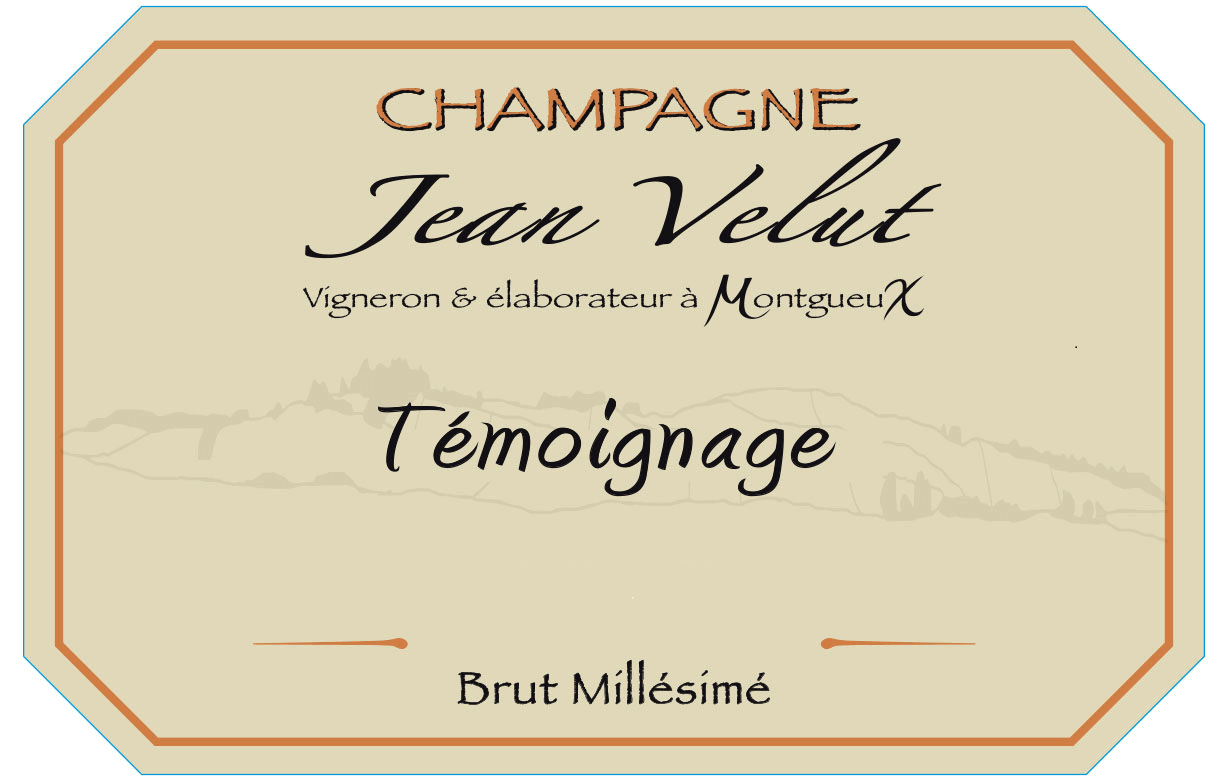 100% chardonnay from three plots of the estate’s oldest vines. ‘Temoignage’ means “a tale” or “a testament,” and stands as a picture of the year’s conditions. Bottled in April of 2011, 10 years sur lattes. The 2010 vintage was disgorged in March of 2021. Extra-brut style, with just 4 g/l dosage with concentrated juice.