In 2004 Northern Michigan viticulturist and winemaker Bryan Ulbrich was called by the new owner of one of his favorite vineyard sites to consult on bringing it back to health. It would be a big job as the overgrowth, neglected canopy and an impending powdery mildew attack were almost too much to handle. But Bryan, with the support of his wife Jennifer, cancelled an upcoming vacation and took up the task. In exchange they received a share of the Riesling harvest and Left Foot Charley, Michigan’s first “urban winery,” was born in Traverse City, just south of the Old Mission Peninsula AVA.

The zeal with which Bryan tackled bringing that vineyard back is typical of the entire Left Foot Charley project. Bryan doesn’t own any vineyards but he personally farms or consults on every site that he sources and has planted many of them, choosing only the best sites to work with, and his sense of ownership over the quality of farming is total. Today, Bryan works with 18 different sites boasting the best terroir in Michigan. The climate this far North is marginal for viticulture and is enabled only by the tempering effects of Lake Michigan. The best sites reside mostly on the Old Mission Peninsula, a narrow, windswept, wild and hilly terrain that juts Northward for 19 miles out into the Lake.  The vineyards here were tilled by ancient glaciers, creating a blend of sandy loam, clay, and gravel soils which are ideal for aromatic, cool climate varieties like kerner, riesling, and blaufränkish.

Bryan works all of the vineyards within his guidelines for responsible farming; manually weeding, composted fertilizers, inclusion of row middle crops for diversity and soil management, and using only organically graded treatments for fungal control. All the fruit is harvested by hand to maintain the purity and freshness of these highly aromatic varieties as Bryan believes that the fruit naturally produced by this unique terroir and extreme climate should dictate the end results, and the hard work of the vines should speak through the wine. 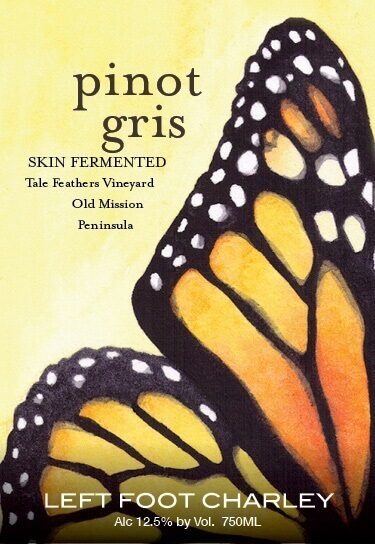 100% Pinot Gris from a two acre plot in the Tale Feathers Vineyard planted in 2003 to sandy, loam soils. Fermentation on skins followed by eight months aging on skins. The wine is then aged in neutral oak puncheons for 10 weeks. 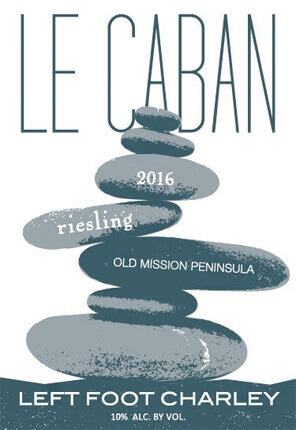 From 11-21 year old riesling vines sourced from several Old Mission Peninsula vineyards where the soils are largely sandy. Hand-harvested and fermented in steel ovals. Aged on lees for five months. 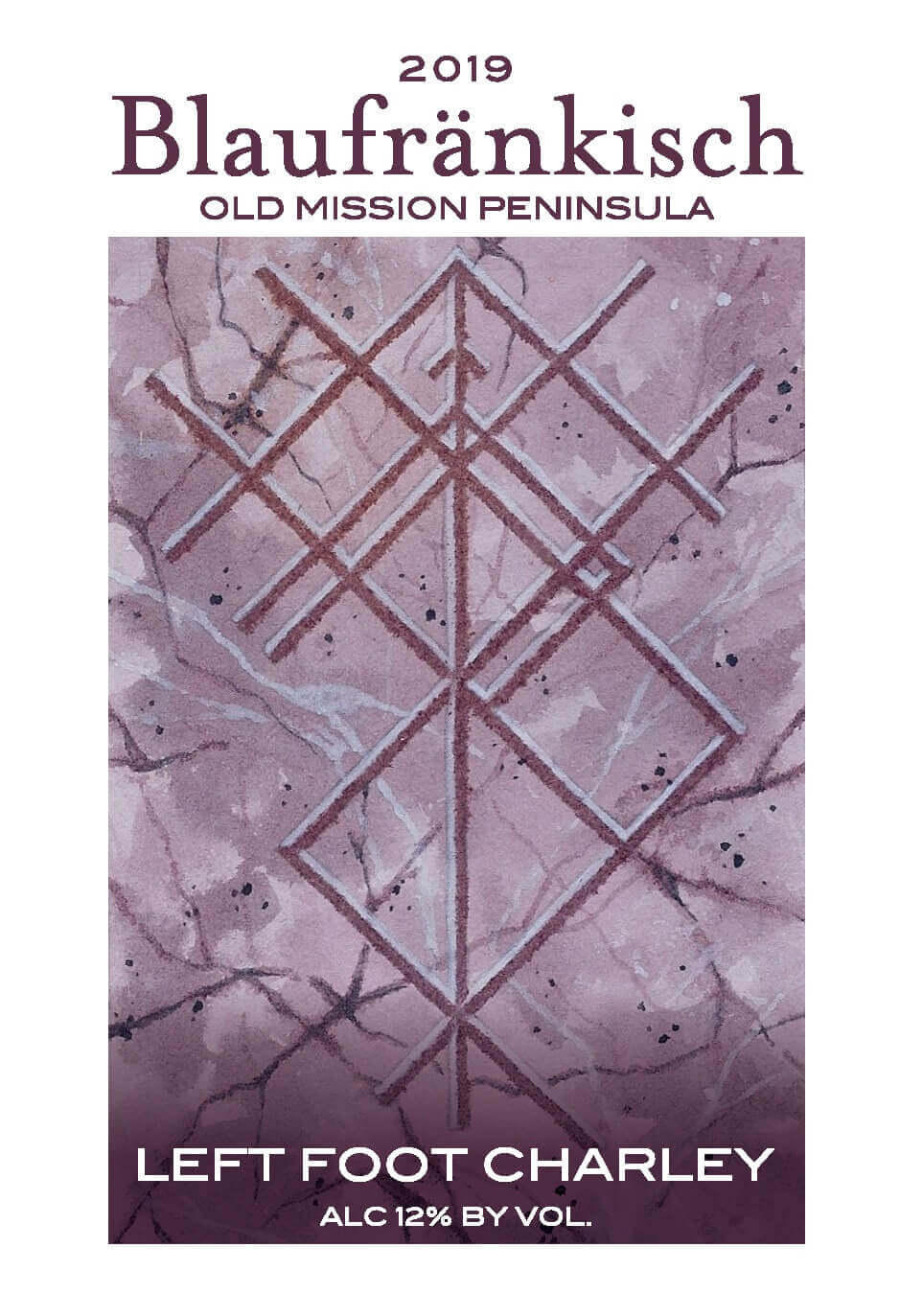 From seven year old blaufränkisch vines planted to sandy loam, and clay soils in Benzie and Grand Traverse counties. Hand-harvested and fermented, typically for 14 days, in 3,000 liter truncated red fermentors, with pump-overs 2-3 times daily. Pressed to all French barrels which are 20% new and 80% 4-6 years old. 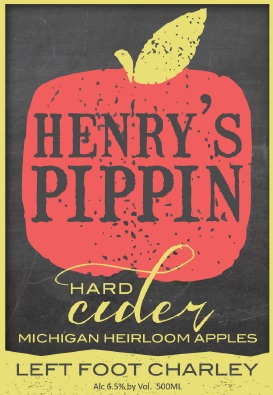 A blend of Michigan heirloom varieties, bitter-sweets, bitter-sharps, and crab apples from 20-40 year-old trees. Single batch pressed from only the ripest apples from a single season. Current bottling is all 2020 harvest. 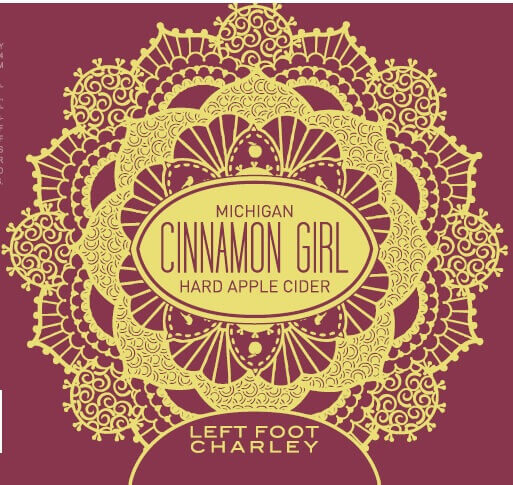 Northern Spy, Golden Delicious, and Ida Red apples harvested from two farms in the Old Mission Peninsula, and allowed to age off the tree for 4-8 weeks prior to pressing. Juice fermented in stainless steel for 6 weeks, and removed from the yeasts before all the sugar is fermented leaving a balanced, natural sweetness. Whole cinnamon sticks are then added and steeped 4-6 weeks. Batch bottled to retain freshness. 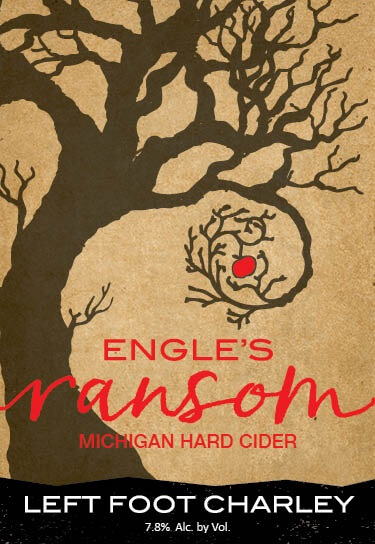 From a five acre block of experimentally planted English and French varieties, along with American Heritage, American crab varieties. All fruit from the farm of Ken Engle (Ransom is an old name from his wife’s family). All the varieties are fermented independently before blending, and is all single harvest. The current release is all 2019 harvest. 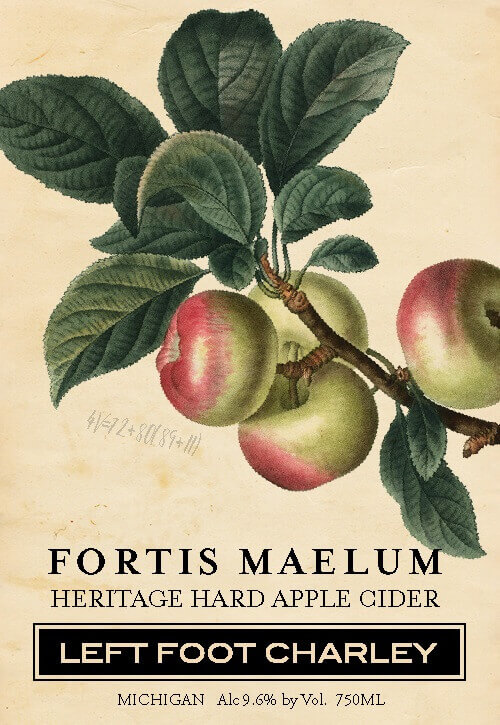 Heritage blend made of European and American varieties that are high in acid and sugar. All fruit harvested from Ken Engle’s farm. Cider is fermented and aged in stainless steel in a farmhouse style. Almost entirely un-filtered. Current bottling is all 2019 harvest. 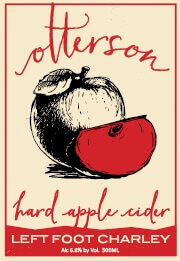 Otterson is the name of the red-fleshed apple variety this cider is made from. The trees were planted in the late 1990s. The fruit is crushed and fermented in stainless steel for six months. Bottled unfiltered.