While nearly forgotten now, Utiel Requena was crowned one of Spain’s first DOs in the 1930’s. Approximately 45 miles off the SE coast of the Mediterranean, within the Comunitat Valenciana, the arid, harsh climate from the northwest welcomes the strong Mediterranean influence of warming wind. The high altitude sites in Requena (1000m) are dotted with poor, organic soils of river rock, clay and limestone, making it the perfect setting for pesticide-free farming practices.

Utiel Requena is also the home of one of Spain’s most widely planted, and often overlooked red varietals, Bobal. Given the high elevation and acid retaining soils, Utiel Requena is also one of the seven regions permitted to produce sparkling wines brandished with DO Cava.

Bodegas Coviñas, founded in 1965, is a union of the area’s most prominent landholders. It was founded in efforts to create a distillery to utilize the abundance of must from their individual wineries. During the dismal times under the dictator, General Francisco Franco, the lion’s share of vineyard production came from unionized cooperatives that employed thousands of landowners. Bodegas Coviñas has always strived to take care of the people of Utiel Requena, paying top dollar for the highest quality fruit – becoming the foundation on which the region survives.

Diego Morcillo has been the winemaker at Grupo Coviñas for 15 years. Prior to that, he spent 5 years of work study at Bodegas Faustino in DOCa Rioja. 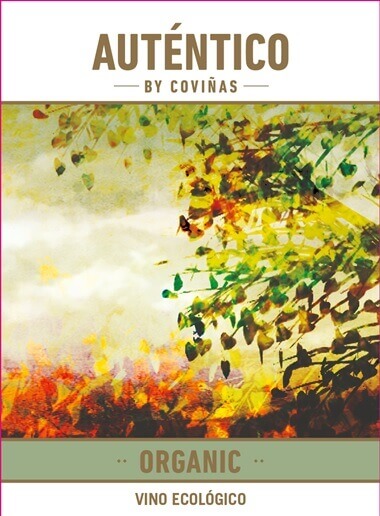 100% certified organic, 60-100 year-old Macabeo planted to limestone and clay soils at between 600-900 meters elevation. Some clusters from lower elevation plots are allowed to ferment whole cluster, but most of the fruit comes from higher parcels and are 100% de-stemmed. Fermented in stainless steel and lightly filtered before bottling. In 2019 harvest began in early September with moderate yields for the region.

100% certified organic, 60-100 year old Bobal (though tiny amounts of Tempranillo from the vineyards is co-fermented) planted to limestone and clay soils at between 600-900 meters elevation. The many different plots of Bobal are harvested over numerous passes beginning in mid-September and sometimes into November. Some bunches from the lower elevations are allowed to ferment whole cluster, fruit from higher elevations are 100% de-stemmed. Fermented in stainless steel.